​​Justice for the Little Ones

On May 15, 2019 the state of Alabama passed into law the Fetal Heartbeat Bill which prohibits nearly all abortions after 6 weeks (when the heartbeat of a fetus can be detected). It was just a few months earlier (January 22, 2019 to be precise) that New York state enacted the Reproductive Health Act which eliminated several restrictions on abortion and made it possible for a woman to have an abortion even up to the point of birth.

Utah Senator Mitt Romney is not pleased with these developments. In a recent interview, he stated:

"You're seeing laws on both sides of this argument that are in the extreme. And whether it's New York and Virginia, or whether it's Alabama and Missouri, people have gone to the — to the wings, if you will. I don't think that's productive. I think something much more toward the center makes a lot more sense."

With all due respect to our former governor, I think these developments are very productive. Abortion is a serious moral issue and these state laws are forcing us to think deeply about the matter and are helping us debate this matter openly and honestly. It is time for each of us to take a stand and choose a side: is abortion something good or evil? Are we pro-abortion or anti-abortion?

As for me, I am anti-abortion. I am convinced that abortion is violent and gruesome, and always (when “successful”) ends in the death of a child. It is, without question, the intentional killing of a baby in the womb… and it does severe damage to the soul – and many times the body – of a desperate woman. Therefore, I am against such a procedure, believe that it is a great evil in our society, and should be wholly banned. Those doctors who perform such procedures should be prosecuted and punished.

Why I Am Anti-Abortion

First, because I am a Christian. I believe in the God of the Bible , the God who hates “hands that shed innocent blood” (Proverbs 6:16-17), who severely punishes those who would harm the least and most vulnerable of His people (Matthew 25:31-46); and who welcomes and prepares His Kingdom for little children (Matthew 19:14). Furthermore, this God sent His only Son, Jesus Christ, into the world, not just as a man, but first as an embryo conceived by the Holy Spirit (Luke 1:31). The first joyful welcome Jesus received was from His cousin John, himself a fetus at the time! (Luke 1:43-44) I believe that God the Father is not at all like the pagan gods, Molech and Baal, who demand the sacrifice of children on their altars. He is the God of love who sent His only Son to give His life for the salvation of the world. (John 3:16; Romans 5:8)

Second, I am anti-abortion because I am an American. According to the Declaration of Independence, “we hold these truths to be self-evident, that all men are created equal, that they are endowed by their Creator with certain unalienable Rights, that among these are Life, Liberty and the Pursuit of Happiness…” Abortion denies these unalienable rights to human beings who have done nothing to deserve losing such rights. In other countries, the rights of the individual, even the right to life, are thought to be granted by the State (rather than by their Creator). This is why Adolf Hitler in Germany, Joseph Stalin in Russia and Mao Zedong in China ordered and oversaw the murder of millions of their own people. That may be the Nazi and Communist way, but it is not the American way.

Abortion is never good. It is a trauma, not a solution. Even in the heinous cases of rape and incest, a woman has indeed been horribly violated…but not by her baby. Let the rapist lose all of his rights, the child is innocent. And for those who accuse anti-abortion protestors of being anti-woman, let it be known that there are presently over 3,000 Crisis Pregnancy Centers in the United States (like the Pregnancy Care Center in Haverhill) offering spiritual, emotional and material support to women facing unplanned pregnancies. These centers and the millions of us who support them are anti-abortion precisely because we are pro-woman.

Abortion kills an innocent baby. It is only evil, every time. This is why the Mitt Romney “middle-way” sickens me. For what fellowship does light have with darkness. Good must never compromise with evil. I prefer the Martin Luther King approach: “We are not satisfied, and we will not be satisfied until justice rolls down like waters and righteousness like a mighty stream.” That is exactly what we are seeking – Justice for the Little Ones!

Check back soon
Once posts are published, you’ll see them here.

​​Justice for the Little Ones 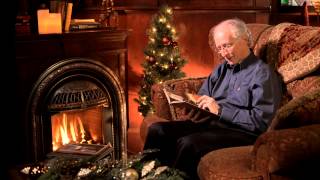 The Gospel According to Peanuts 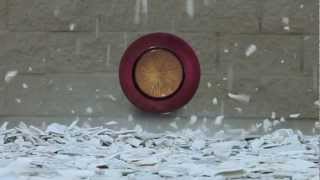